How to find Cheap Flight Deals to Croatia

Obtain cheap flight deals and flexible date options to Croatia, Pleso Airport, ZAG in 2022/2023 with FlightsFinder departing from Ireland as well as the rest of the world. The GEO coordinates for Pleso Airport are 45.74290085, 16.06879997, located in the country of Croatia. To find the cheapest flight deals to Croatia simply enter the departure airport you wish to fly from and then choose your travel dates. The more flexible you are with your travel dates the cheaper your flight deal to Croatia can potentially be. We give you the ability to look for flexible flight deals to Croatia 3 days before and after your travel dates or if you prefer you can browse our powerful flexible flight deals calendar to see prices in the entire month or even the entire year of 2022/2023. Once you have identified the cheapest days to fly to Croatia simply hit search and you will be presented with our meta-meta search® dashboard which enables you to search and compare the best flight deal comparison sites side by side in seconds. Our research shows that by comparing multiple flight comparison sites you are highly likely to save up to 20% off the price of your airline ticket to Croatia. We search KAYAK.ie, Skyscanner.ie, momondo.ie, cheapflights.com, KIWI, Jetradar and others to make sure you get the best price possible. We recommend you compare at least 4 separate flight deal comparison sites on our dashboard to be sure you are getting the best price possible. Also on this page you will find average flight times and distances to Croatia from popular Irish Airports including Dublin, Cork, Shannon, Ireland West, Kerry, Donegal and more. We also list the best things to do in Croatia, the weather in Croatia, a map of Croatia, some travel videos of Croatia and most searched for flight deals to Pleso Airport ZAG from popular Irish airports.

Things to do in Croatia

Enormous palace of a Roman emperor

Island with gardens & a monastery

Historic esplanade in the city's center

Gothic-Renaissance church made of stone

Small island known for its beaches

Round hill with a fort & a cablecar

Central square with a statue & fountain

Picturesque beach in a sheltered cove

Historical landmark on a tiny island

The Cathedral of the Assumption of the Virgin Mary

13th-century basilica with a bell tower

Historic tower with views & a cannon

Forested peak with a sports center

Lookout point for hiking or driving

Museum for the eponymous sculptor

Historic church with a tower for views

Arch of the Sergii

Remains of a historic Roman arch

The Greeting to the Sun

Unique monument that lights up at night

State archives in a 16th-century mansion

Tiny Croatian island with a monastery

Restored castle with a cafe & views

City square laid out in the 17th century

Aquarium in a 19th century fortress 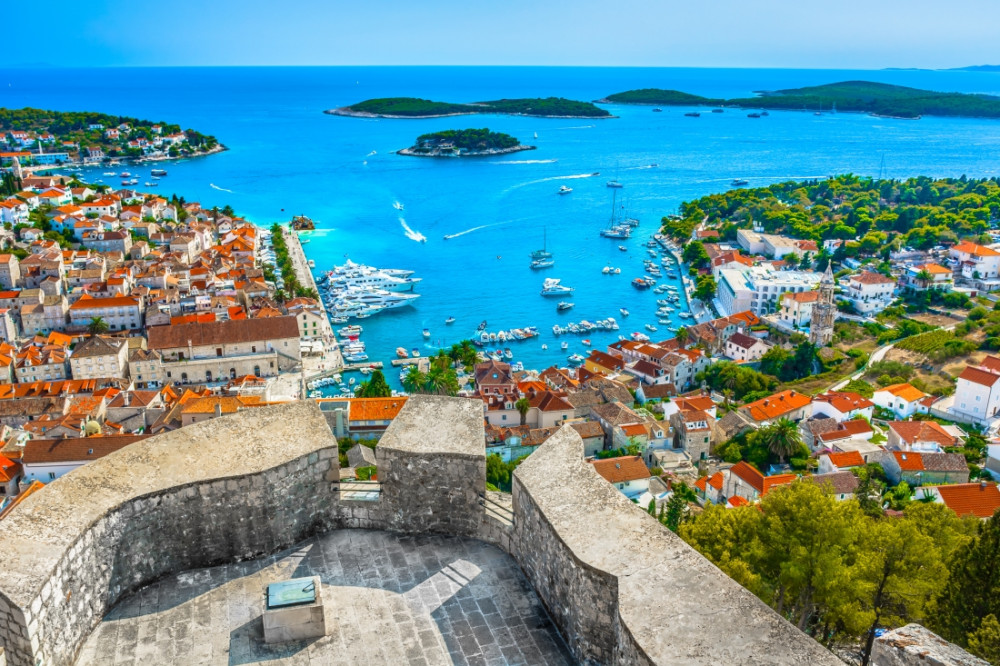 A Short Guide to Croatia

Croatia, once a country torn by civil and ethnic turmoil, is promising to be an eye-catching vacation hotspot for those who wish to venture here. Visitors can enjoy the gorgeous coastline, any of its 1,185 islands and visit the Roman ruins and medieval villages. No doubt Croatia is rivaling the once popular Greek islands. After all, Croatia is for visitors who want to have fun, enjoy great food and culture while taking in its long history.

Croatia, due to the constant political and ethnic fighting that’s caused it to be geographically sliced, is arc-shaped. For instance, the western leg makes up the Adriatic coastline that narrows to Dubrovnik, an ancient seaport found in the south. The Drava and Save Rivers make up the northern section of the country. In the middle of all this sits its capital, Zagreb.

When visiting Croatia, visitors often see the Dalmatian coastline; it’s got plenty of rocky cliffs, small inlets and peninsulas. In recent years, a large number of hotels and marinas have popped up, making this Croatian province a hotspot for visitors once more; a look that brings back memories of the 1930s. Many towns and villages have a special atmosphere to them since they were built on ancient Greek settlements, many of those going as far back as the 4th century BC.

Add this allurement to a population determined to rise from the war’s ashes to show off their abundant vegetation, picturesque beauty and the Mediterranean climate; it’s easy to see why Croatia is becoming a top vacation spot.

So what are you waiting for? find your cheap flights to Croatia now!