How to find Cheap Flight Deals to France

Obtain cheap flight deals and flexible date options to France, All Airports, PAR in 2022/2023 with FlightsFinder departing from Ireland as well as the rest of the world. The GEO coordinates for All Airports are 49.01279831, 2.549999952, located in the country of France. To find the cheapest flight deals to France simply enter the departure airport you wish to fly from and then choose your travel dates. The more flexible you are with your travel dates the cheaper your flight deal to France can potentially be. We give you the ability to look for flexible flight deals to France 3 days before and after your travel dates or if you prefer you can browse our powerful flexible flight deals calendar to see prices in the entire month or even the entire year of 2022/2023. Once you have identified the cheapest days to fly to France simply hit search and you will be presented with our meta-meta search® dashboard which enables you to search and compare the best flight deal comparison sites side by side in seconds. Our research shows that by comparing multiple flight comparison sites you are highly likely to save up to 20% off the price of your airline ticket to France. We search KAYAK.ie, Skyscanner.ie, momondo.ie, cheapflights.com, KIWI, Jetradar and others to make sure you get the best price possible. We recommend you compare at least 4 separate flight deal comparison sites on our dashboard to be sure you are getting the best price possible. Also on this page you will find average flight times and distances to France from popular Irish Airports including Dublin, Cork, Shannon, Ireland West, Kerry, Donegal and more. We also list the best things to do in France, the weather in France, a map of France, some travel videos of France and most searched for flight deals to All Airports PAR from popular Irish airports.

Things to do in France

Charming hill with a landmark basilica

Tunnel complex for millions of skeletons

Mont Blanc peak with a cablecar

Stone bridge with a statue of Henri IV

Tourist office in an alpine chalet

Bustling square where prison once stood

Public park with sculptures & a fountain

Popular ski resort with many activities

MuCEM – Museum of Civilizations of Europe and the Mediterranean

Renaissance palace & gardens with a maze

Displays on Da Vinci in his former home 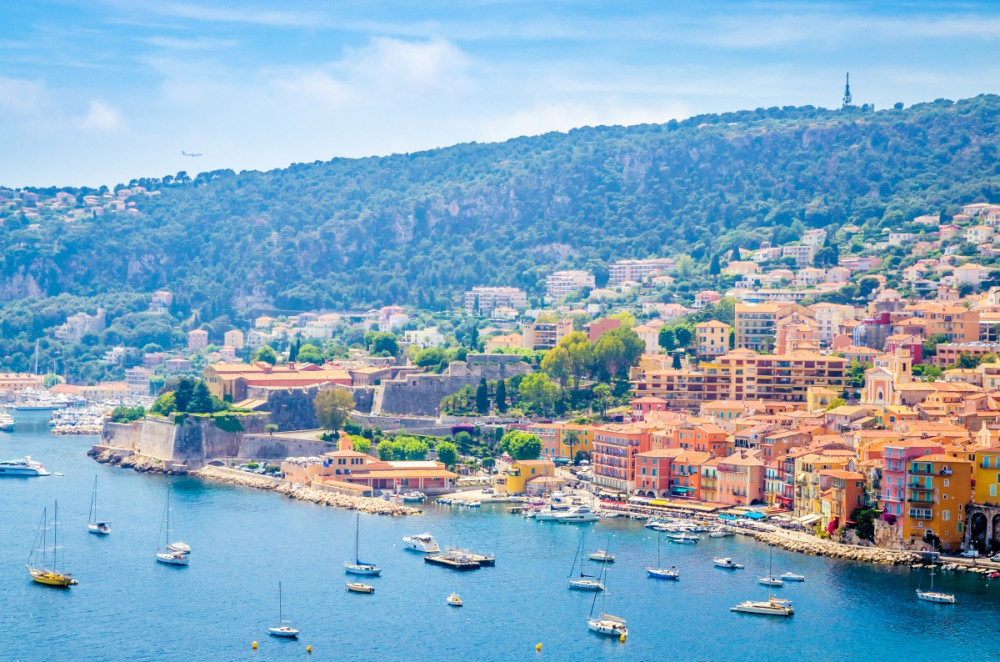 A Short Guide to France

France is a fascinating country, for many the birthplace of liberty , this country has a rich and interesting history. For many it is considered one of the most romantic countries in the world and it is definitely one of the most popular tourist attractions for people not only in Europe but all around the globe. The French are a proud people and are very particular about their culture.

There are numerous things to do in the country of France, for starters the people are known for their extremely exquisite taste in fashion and cuisine. Some of the world's most famous designers have come from this country, and Paris joins Milan, London and New York as one of the most famous fashion capitals in the world. Equally famous the world over is the French cuisine, they have a particular ethos when it comes to food, which is that the dish should look as good as it tastes. The people also have strange items on the menu amongst which are frogs legs and snails, not to the liking of everyone it should be noted.

Other attractions around France include famous skiing facilities, long vineyards producing wines for the locals and beautiful little villages untouched by the hectic and somewhat lonely lifestyles produced by technological modernity. The South of France is particularly popular for people seeking a warmer climate. The Cannes film Festival is an annual event which attracts celebrities from all over the world. The area is littered with luxury hotels and resorts and many people come to enjoy sailing on the sea on their private yachts.

There is a certain charm about this country, it has a certain laid-back feeling and it is a definite favourite with the rich and famous. Paris, of course, is the most popular city in the whole of France. The skyline is dominated by the world famous Eiffel Tower and a popular attraction is the Champs Élysée where people come to do a spot of shopping, people watching or to just enjoy a relaxing cup of coffee. Other destinations in France which offer a less crowded experience can be found in Gascony and the island of Corsica. These destinations offer a chance to get away from it all.

The most important event in the history of France was the revolution which occurred in 1789. The motto which emerged from the revolution was liberty, equality and fraternity. This event is celebrated annually via the people dancing, seting off dazzling fireworks and displaying a more serious military parade. It has in the past expanded its influence over many parts of the world, in particular North Africa. In recent times it is a very active member of the European Union and is in quiet competition with the current leading states, namely the United States and the United Kingdom.

So what are you waiting for? find your cheap flights to France now!